skip to main | skip to sidebar

This blog is no longer active. My life has taken turns that have left me with no extra time or energy to devote to this blog's maintenance and the uploading of additional content. I do continue to receive and respond to comments on posts on the blog, through email, and on Facebook. I still love to listen to old Christian hardcore albums, as well as reminisce about and discuss these bands. I hope this blog continues to serve as a valuable resource on the subject, which keeps me bound to continuously replying to incoming emails with requests for downloads whose links on the blog are no longer functioning. This is no problem and I am happy to continue offering such a favor. If a link doesn't work then contact me.
All the music posted on this blog belongs to the artists. It's all on this blog for the solely to spark memories, discover Christian hardcore bands you never knew existed, and to be a reminder to go and search for and purchase these records! Please, if you enjoy any of the records featured here then try to get your hands on a physical copy. If you are associated with any band on this blog and would like me to either remove the links to downloads of your music or not be featured on this blog at all then please just email me.

Some merch for sale

UPDATE: All of this merch has been sold! Thanks to anyone who contacted me about helping me get this stuff out of my wife's closet space!
I have a big plastic tote packed full of hardcore and punk merch I'm selling: about 100 pieces total, including hoodies, shorts, and long and short sleeve T's, but mostly short sleeve T's; ranging from from small to XL, but mostly smalls and mediums. $150 for it all. Email me if interested at joshuaxmichaels@gmail.com.
Posted by Joshua Michaels 6 comments:

Rare Saved by Grace split with The Esoteric 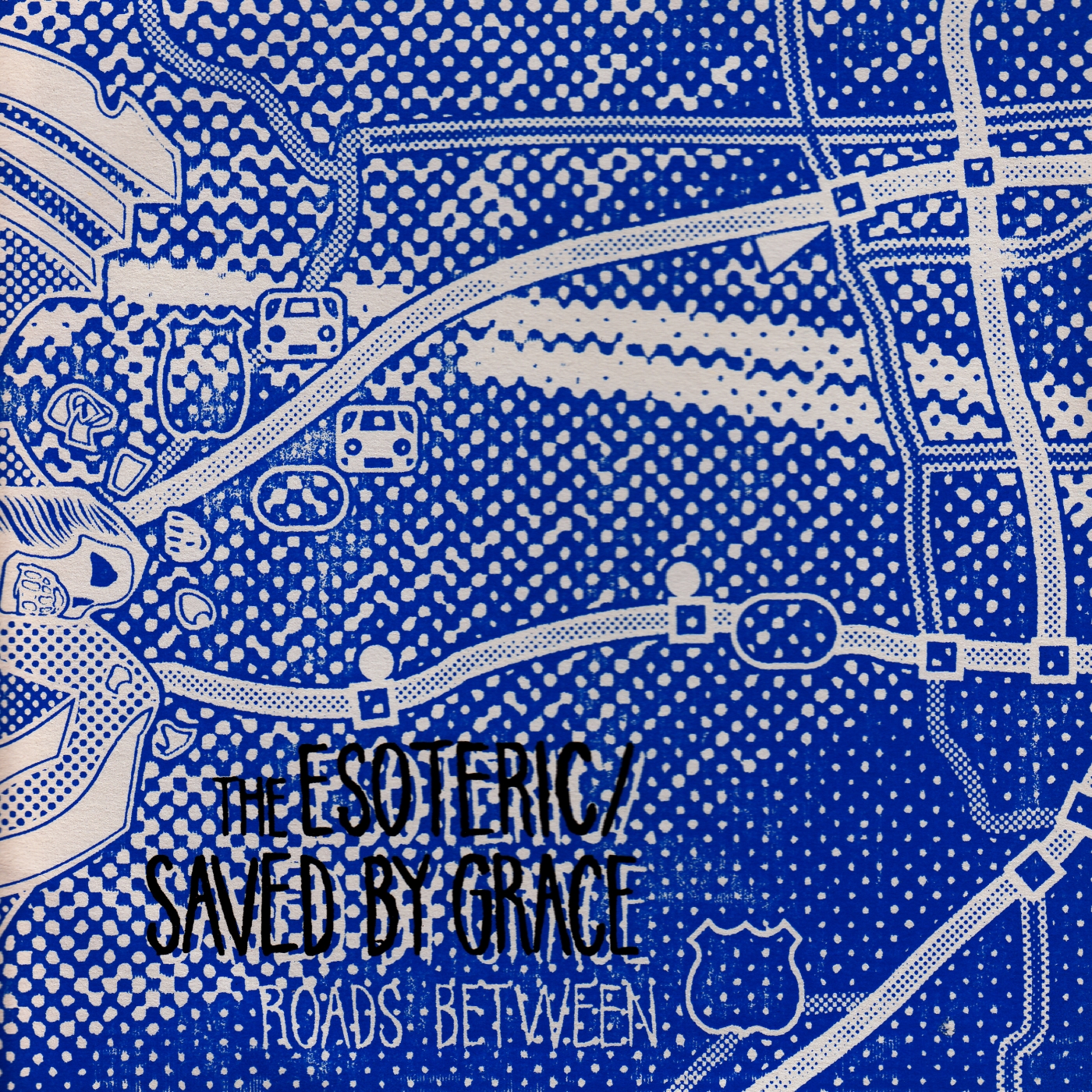 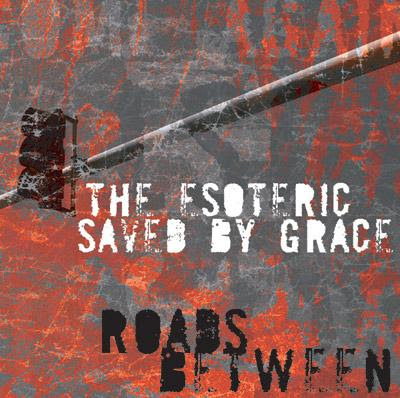 Saved by Grace recorded two songs for a split they did with The Esoteric back in 2002 titled Roads Between.  The split was released by hand on tour in 2002, but when approaching a legitimate release through Anxiety Records, Saved by Grace apparently backed out of the deal due to issues with their vocalist who sadly hanged himself later on in 2010. 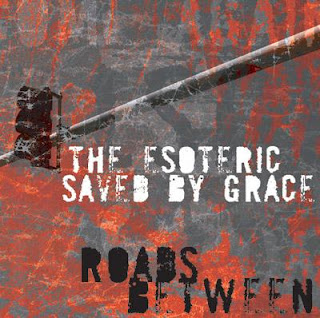 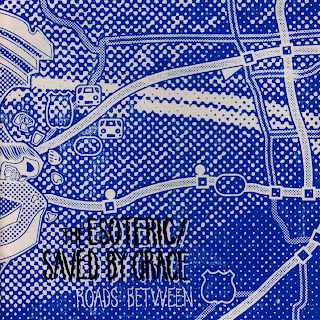 I heard these two tracks by Saved by Grace back when they originally posted them online before the release and they were super heavy and super good.  I regret not going about the appropriate paths to obtaining them for myself, because now I absolutely can not find them anywhere online.  If ANYONE has access to these two tracks by the band, or the entire split with The Esoteric, please contact me!

By the way, I have A LOT of stuff I plan to post on here sometime soon.  Life has been busy and gotten in the way, but once I get all the stuff sorted out, I'll get it ripped onto my computer and posted on here.
Posted by Joshua Michaels 3 comments:

I actually never heard Edge of Mortality until someone just recently clued me in on their former existence.  A great SoCal metalcore band, they had the very identifiable late 90s/early 00s metalcore sound which they used to push their heavy Christian message.  Members went on to be in such bands as As I Lay Dying and A Midday Atlantic.  Super Christian, super late 90s metal core, and super heavy.  Unfortunately, they only put out a single full length record titled World Hate, recorded in 1999, which featured Dave Quiggle artwork and Jason Moody of No Innocent Victim doing guest vocals on the final track "Will to Consume", and recorded three songs that were to be featured on a split with Liar on Sobermind Records, but instead chose to pursue releasing it as a self titled effort through now defunct Warfare Records.  The EP, however, was never released.  If anyone has a copy of the three tracks that were to be featured on their final self titled release, please contact me and send them my way and I'll get them posted here on the blog.  Otherwise, check our their MySpace page here and check out the three tracks featured on there.  Check out their World Hate release below! 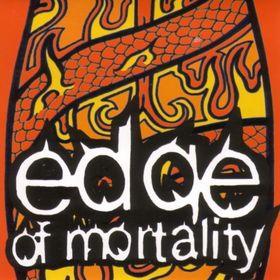 Thankfully, I was emailed about a post over at the One Path for Me Through Destiny blog, a great old hardcore blog, that contained the one full length recording of 90's California metalcore band, Exist.  Check out the post here! 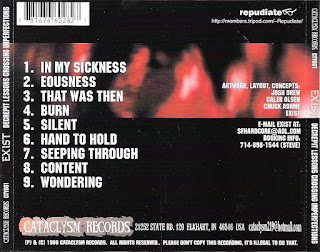 More of Through and Through live

Posted by Joshua Michaels No comments:

Labels: late 90's, LIve Video, Through and Through

Through and Through live!

Below is a video, forwarded to me from my dude Stephen, of Through and Through's final shows in 1998, the very same year the band unfortunately came to an end.  Great band.  So stoked to finally get to see a video of them live.  I'm sure everyone appreciates this as much as I do.  Enjoy!

Posted by Joshua Michaels No comments:

Labels: late 90's, LIve Video, Through and Through

Below are some old and rare Christian hardcore merch that my dude Michael took pictures of and sent me to be posted on here for everyone to see.  I'm quite jealous of this little collection, especially the Focused and Unashamed shirts.   I miss how old bands used to do their merch.  Anyway, check it out!

Here are a bunch of Unashamed shirts:

Here is a The Blamed hoodie:

Here are a couple of Focused shirts:

And lastly, a Rainy Days shirt:

I was sent a link to this video on my Facebook earlier. Definitely worth checking out if you want to see some late 90's Christian hardcore live. I got the chance to see these guys a couple of times, as well as was in touch with some for some time because an old band I was in was supposed to do a split with them. There are more videos of Neshamah live at Vimeo.


Thanks Dylan for the link!
Posted by Joshua Michaels 1 comment: 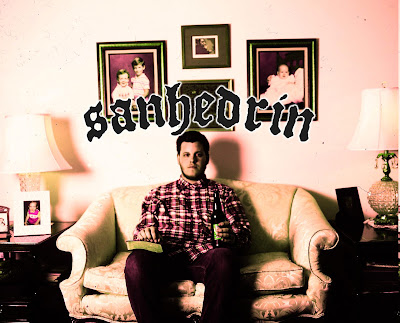 A current member of one of everyone's favorite old Christian hardcore bands, Overcome, has a new recording project called Sanhedrin. Check out their Bandcamp and Facebook pages, as well as download them and give them a listen below:
Pro Human. Pro Life. (2011) 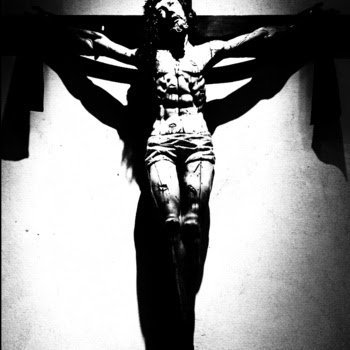 I'm looking for rips of the following music:

xStuck in the Pastx
The South Florida Music Scene: Past and Present
Sack My Hardcore
Coregasm
HXCPUNXNSKINS
This is the Penalty Box
Tooth & Nail Discogs
Awaiting Perfection
Take Your Shot
Path to Misery
How Can They Intend to Heal
One Path for Me Through Destiny
HXCChristian.com
Understanding Why
Brothers in Crime
Those Who Fear Tomorrow
What We Want We Must Create
Akeldama Records

If you want your blog added, or taken off, just email me.